Since 1989, Getac (TWSE: 3005) has been providing rugged computing solutions for demanding professionals in extreme environments. Getac was established as a joint venture with GE Aerospace to supply defense electronic products. Getac is one of the key subsidiaries of the MiTAC-Synnex Group, the third largest computing group in Taiwan, with US$29.4 billion in revenues (2014). Our products have passed the most stringent international rugged testing standards for rough handling and outdoor mobility.

Getac has made several technological breakthroughs that improve the performance and safety of using computers in dangerous environments including:

Industry's first resistive multi-touch display for use with gloves.

In January 2010, we shook up the industry by including a 5-year bumper-to-bumper warranty on our fully rugged computers. 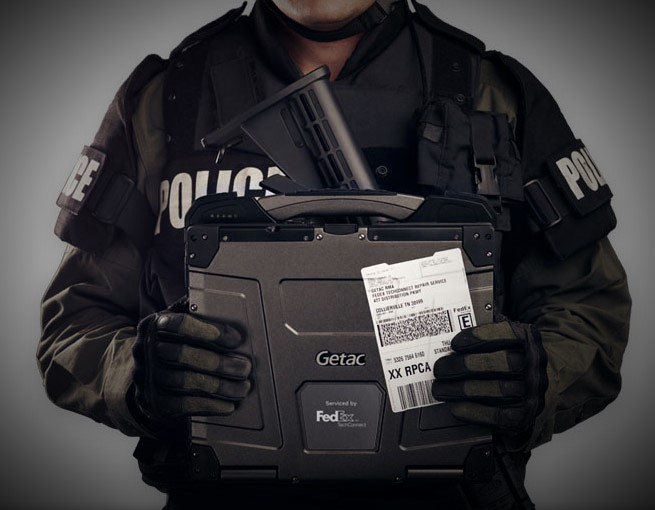 Getac Inc, is a division of Getac Technology Corporation. Getac was established in 1989 as a joint venture with GE Aerospace to supply defense electronic products. Apart from the rugged computing business, Getac is also involved with the design and manufacture of plastic and lightweight metal components. The acquisition of Waffer Technology in 2009 has made Getac the world's third largest aluminum-magnesium alloy producer.

Getac is one of the key subsidiaries of MiTAC-Synnex Business Group, the third largest computing group in Taiwan with $29.4 billion dollars consolidated revenue in 2014 (USD).

1989 - GE Aerospace and MiTAC established Getac brand in Taiwan as a 50/50 joint venture.

B300 launches with the word's first 1200 NITs sunlight readable display in a rugged notebook computer.

Announced agreement with HP in US to supply and service rugged computers through HP's 3rd Party Solution group.

Getac takes service to the next level by forming a partnership with FedEx TechConnect to provide repair service for Getac products.

Getac secures their hold in the smaller form factor space with the launch of the Z710 Android-based tablet.

Getac Announced significant upgrades to one of its flagship products – the B300 fully rugged notebook.

Detailed information about products and services Getac offers can be found on official web site www.Getac.com